≡ Menu
Home
|
About Us
|
Attorneys 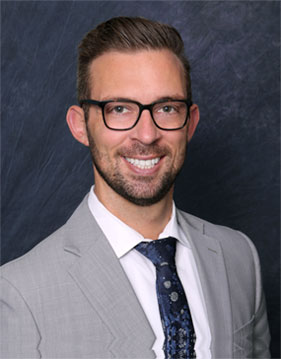 Garrett Fry earned his B.A. from U.C. San Diego where he studied political science and philosophy while also clerking at the San Diego City Attorney’s Office. After graduation, Garrett worked in India as an international intern for a human rights organization.

Garrett earned his J.D. from Loyola Law School. While in law school, he worked at two civil litigation firms focusing on employment law and business litigation. He also worked in the Major Crimes division of the Los Angeles District Attorney’s Office, focusing on capital murder trials, and volunteered at the Van Nuys Superior court helping victims obtain restraining orders against their abusers.

Since joining the firm in 2011, Garrett has served as the lead attorney on hundreds of cases, earning millions of dollars for his clients in settlements, and taking numerous arbitrations, bench trials, and jury trials to verdict. In 2015, Garrett was a made a partner at Belgum, Fry & Van Allen. In 2018, he graduated from the Consumer Attorneys Association of Los Angeles’ Plaintiff Trial Academy, a selective and rigorous six-week program designed to improve and hone the skills of serious trial attorneys. As part of his commitment to fight for individuals harmed by the misconduct of others, Garrett remains active in the Consumer Attorneys Association of Los Angeles, American Association for Justice, and Eastern Bar Association.

In 2019, Garrett was named a Super Lawyers Rising Star, a distinguished title granted to only 2.5% of attorneys in all of Southern California. 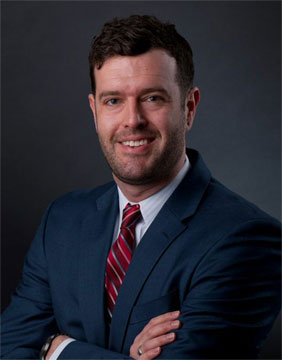 Brian Van Allen came to the firm with a diverse background. In addition to working in retail management and English language instruction, Brian served as a Court Appointed Special Advocate for the Child Custody Division of the Juvenile Court of Cook County in inner-city Chicago. He graduated with his B.A. from University of California, Riverside and earned his J.D. at DePaul University College of Law.

While pursuing his legal education, Brian worked as a law clerk for multiple civil litigation firms and accrued broad-based experience in personal injury, family law, commercial litigation, and appellate practice. At these firms, he authored numerous writings filed in the circuit courts of Cook County and Illinois Appellate Courts.

Brian joined the firm as an associate in 2014. Brian prides himself as an advocate for the elderly and focuses his practice on obtaining justice for victims of physical abuse and neglect in skilled nursing, assisted living and similar elder support environments. He has obtained settlements for victims and their families in the several millions and has tried and arbitrated complex medical malpractice cases to decision.

Brian was named a partner at Belgum, Fry & Van Allen in 2017. In 2019 he was awarded the National Trial Lawyers Association’s Top 40 under 40 honor and in 2020 was also awarded with the distinction of being named a Super Lawyers Rising Star. 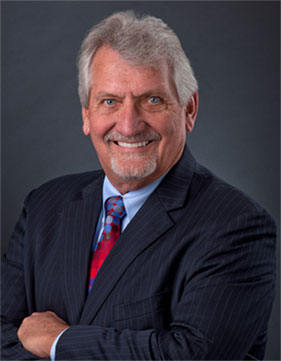 Stephen L. Belgum is a 1965 graduate of Whittier College. Entering the service of his country in 1966, on February 7, 1967, he graduated from Infantry Officer Candidate School and was commissioned a second lieutenant in the United States Army. He served three tours in Vietnam and was twice awarded the Bronze Star.

Steve then attended USC’s Gould School of Law, graduating in 1972 and becoming of member of the California State Bar, as well as the Federal Bar, that same year.

Steve practiced law in Long Beach, California from 1972 through 1988. He was the managing partner of two different law firms ranging in size from four to twenty-four attorneys. His focus was on trial work. He litigated cases involving criminal defense, probate issues, marriage dissolutions, business and commercial disputes, workers’ compensation, personal injury, wrongful death, and medical and legal negligence. He also served as a mediator and arbitrator for the Los Angeles Superior Court system.

In 1988, he became a named and managing partner of a multi-office firm primarily specializing in the defense of litigated injury, death, and medical malpractice cases. He supervised the work product of the firm’s ninety attorneys as well as its more than one hundred twenty staff members. He personally tried multiple cases to verdict for clients including personal physicians, large medical groups, hospitals, and non-medical insureds.

In early 1998, Steve returned to solely representing individuals and families harmed by the negligence of others. Moving to the San Gabriel Valley, he committed himself to that singular purpose: utilizing his education and experience to bring justice to those aggrieved in cases involving claims of dependent adult (elder) abuse, medical and legal malpractice, wrongful death, and personal injury. He completely restricts his practice toward that end. 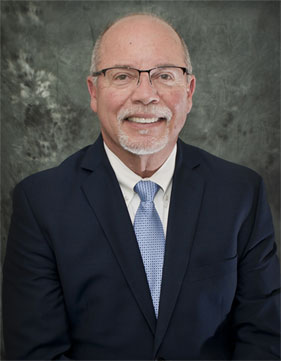 Alan currently utilizes his experience in an “of counsel” role at Belgum, Fry & Van Allen. 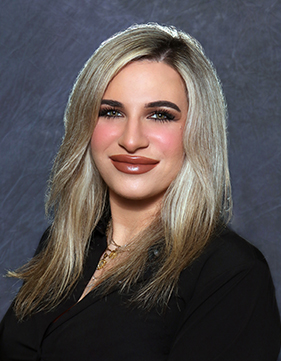 Joanna Asmar was born and raised in Glendora, California. Staying true to her roots, Joanna earned her bachelor’s degree from the University of La Verne where she majored in legal studies and minored in psychology. During this time, Joanna became a paralegal and interned at a criminal defense law firm. She returned to the University of La Verne for law school. While working towards her degree, Joanna became a certified mediator, qualified as an arbitrator, joined the school’s Alternative Dispute Resolution team, and worked as a paid intern for a personal injury law firm in Downtown Los Angeles. Joanna graduated with her juris doctorate and was sworn into the California Bar in February 2022.

Joanna believes her purpose in life is helping people, a pursuit and goal practicing personal injury law enables her to achieve. She uses this passion and her mediation experience to advocate for her clients with skill and heart. 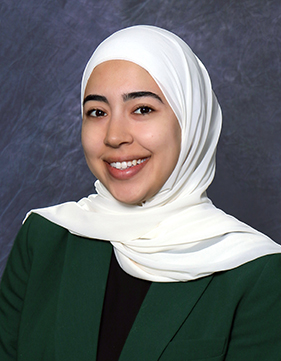 Rewa Ousman earned her B.A. in global studies from the University of California, Riverside in 2019. She graduated with her J.D. from Chapman University Fowler School of Law in May 2022 and was sworn into the State Bar of California in December 2022. While in law school, Rewa participated in numerous mock trial and moot court competitions and served as the Communications Chair and President of the Muslim Law Student Association.. She also interned at the Riverside County District Attorney’s Office where she won the Extern Closing Argument Competition and led guardianship and restorative justice mediations as a certified mediator before joining the Belgum, Fry and Van Allen team.

Rewa is committed to meeting the needs of the community and trusts her dedication to professionalism and effective advocacy to bring about success for her clients.

All Consultations Are
Free of Charge

My wife received a significant award due to Mr. Belgum's years of experience in Personal Injury Law. He provided her with top notch expert witnesses. He kept us updated throughout the process and was available…

My attorney was Garrett Fry and supervised by Stephen Belgum. I had a car accident that was going to be difficult to do. They took my case and won I would recommend to anyone needing…

Reached out to Mr Garrett Fry when my wife was injured in an accident a few years ago. He confidently stated that seeking his help would make our lives easier dealing with aftermath and mess…

I would like to personally thank Mr. Belgum and Mrs. Carmela Bombay for handling my case with the utmost integrity, diligence and professionalism. Both their intelligence, confidence and years of experience gave me the peace…

I want to personally thank Garrett Fry and his team abundantly for their assistance throughout the 2017-2018 year of my daughter's and my case. With their guidance I was able to survive the year focusing…

Mr. Belgum handled my case with the utmost care and professionalism. All his staff was fantastic. From David to the paralegals and receptionist. All were very respectful and responsive. Thank you for helping me through…

In 2017, my husband, 3 month old son, and myself were involved in a freeway collision that totaled our SUV. It was a 3 car accident. We were hit from behind and pushed to hit…

I can't say enough about this firm. They helped me out when I had an accident back In '18 and did a phenomenal job. Fast forward 1.5 yr later, I was the victim of another…

Brian Van Allen and his team helped us settle our case for our son (1 day old) who was killed by a negligent doctor and a team of lazy nurses. Brian took our case with…

Working with Mr. Van Allen is always a pleasure, his knowledge and capabilities as a lawyer are vast and I am happy to have known him in my journey.

Mr. Belgum was recommended to me to handle my personal injury case. He is very professional and honest. It all went very smoothly and he kept me in the loop for the entire process. I…

Excellent attorneys! I work with a bunch of different attorneys offices, but when my brother got into an accident there was only 1 office I felt would be there and be accessable to answer our…

Truly professional attorneys that actually care about well being of their clients. I've had 2 cases with them. Fanstastic! You know they care more than others because they respond to phone calls really well, among…

I was in a severe auto accident caused by a person running a red light and impacting directly into my drivers door. I was air lifted to USC Medical Center with a severe head injury…

My wife and I had a Living Trust completed by a Living Trust mill 15 years ago. Turns out it had a lot of holes in it. Also, since then our estate became more complicated.…

Garrett Fry is an awesome attorney who does a great job. If you need an attorney this is the place to go. They provide many services. So give them a call and find out if…

I'm writing this review on behalf of my mom who was T-boned in her brand new car. She was badly hurt and despite having several witnesses, the other party was disputing the case. The stress…

My personal experience was excellent! Not just with Mr. Fry but the entire staff. Very professional and they really got the job done. I had 2 different law firms take on my case before Attorney…

They are competent, professional, and above all – have integrity. These qualities are why I recommend these attorneys to anybody who has legal questions or problems.

Mr. Belgum is very professional and honest. He handled my personal injury case to my satisfaction and explained every aspect of the case and what I should expect.

The money you got for me has given me the opportunity to do some things that I wouldn’t have been able to do and make my remaining years a happy time.

As I began to work with him and his associate, Garrett Fry, I realized the professionalism that had lacked with prior attorneys. He was also extremely honest, and had the patience to explain every step…