California Elder Abuse Laws 2023 – All You Need to Know 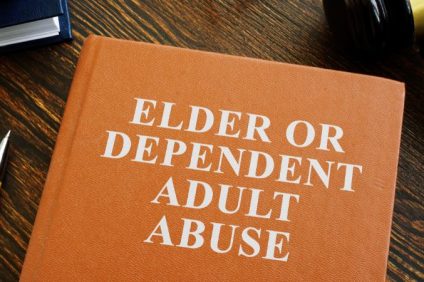 One of the more accepted and practiced morals is to respect one’s elders. They bring life experience and wisdom to conversations, and they often have the best stories. They provide us with a link to our past, and they help us look to the future. However, respect is not always given to this highly vulnerable group.

Some people can be mentally and physically abusive toward elders. This happens within families and in care facilities such as nursing homes. Unfortunately, the severity of these instances is perpetuated by the assumptions that this group is weaker and lacks the knowledge to get the help they deserve.

Whether you are elderly or have a family member who is, educating yourself on the dangers of elder abuse can empower you to bring accountability to abusers and recover any compensation that could result from their actions.

Elder abuse is defined as intentionally acting or not acting in a way that could cause harm to an adult over the age of 65. It can be difficult to recognize and can surface in many different ways. There are seven types of elder abuse:

Elder abuse is covered by California Penal Code 368 and is a criminal offense. However, whether the charge is a misdemeanor or a felony depends on the circumstances. To prosecute an individual as a felony, the following must be met:

While misdemeanors also meet the same criteria, the charges would indicate the abuse would not cause serious harm or death.

Civilly, the California Elder Abuse Act protects the elderly and dependent adults. This is a safety net that allows a victim to civilly pursue their abuser with or without criminal charges. This could help in recovering expenses that are required for physical or mental treatment and ongoing care.

What Are the Laws in California Regarding Elder Abuse?

In addition to being listed as a mandatory reporting offense, elder abuse is covered by California Penal Code 368 as well as the California Elder Abuse Act (CEAA). CPD 368 is designed to criminally prosecute offenders, while the CEAA helps create an easier path to file a civil suit against an abuser.

What Are the Seven Types of Elder Abuse?

The seven types of elder abuse are:

Each type of abuse can be committed by an individual or an institution, such as a care facility or nursing home.

What Are Three Signs That May Indicate Elder Abuse Is Taking Place at a Healthcare Facility?

While many signs could indicate different types of elder abuse, three common signs include changes in physical appearance, changes in personality, or the behavior of the staff. From cuts, bruises, and weight loss to withdrawn, anxious, or confused behaviors, paying attention to changes in an individual can indicate there is a problem.

What Are the Four Major Factors of Elder Abuse?

As a susceptible group in a population, the elderly are often targeted for abuse because they may be seen as weaker, they may be in poor health, their mind may allow them to be confused easily, or they suffer from poor mental health. Each factor could allow abusers to see them as easy targets.

If you or a loved one have been the victim of elder abuse, it is important to know how to protect yourself or your loved one. Retirement is considered the golden years, and living free from physical or mental abuse is a part of that. If you need help with your elder abuse concerns, contact Belgum, Fry, & Van Allen. Our team specializes in elder abuse and can help you get the answers you’re looking for.