COVID & Civil Courts: What to Expect in Los Angeles County 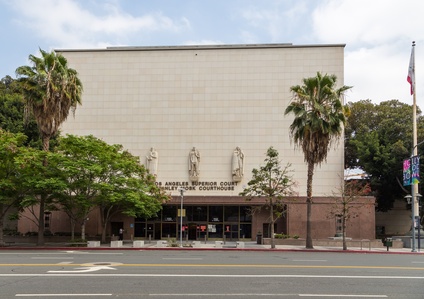 COVID-19 has wreaked havoc on the Los Angeles County Superior Court system. In March 2020, at the onset of the coronavirus pandemic and initial outbreak in California, the county closed all of its buildings to the public. The presiding judge suspended all jury trials, limiting access to many of the county’s 38 courthouses and completely closing others. The courts remained effectively closed until June and have struggled to reset since.

What does all of this mean if you are in an accident that calls for a personal injury attorney in L.A. to file a civil lawsuit? Will you be able to appear in court? Here is what you need to know:

Busy to Begin With

Los Angeles County has the largest and busiest court system in the U.S., serving a population of nearly 10 million people and processing upwards of 3 million new cases per year. The ongoing volume, combined with budget cuts over the past decade, had L.A. courts consistently and increasingly backlogged with civil cases before the pandemic ever hit.

Most civil lawsuits filed in Los Angeles County would typically take at least two and possibly up to five years to reach trial. The surrounding counties—Orange, Riverside, and San Bernardino—usually process civil cases within one to two years. The prioritization of criminal cases, of which L.A. County sees roughly half a million per year due to its dense population, is also a factor in the delay of civil cases.

Due to many pandemic-related factors—the close confines of a courtroom, responsibility for public health, worsening virus outbreak, and city and state orders—the Superior Court in L.A. had little choice but to scale back. And while the court system has technically been up and running since summer of 2020, it remains severely hamstrung and, as many would argue, dangerous. The Los Angeles Times reported that hundreds of courthouse employees have tested positive for COVID-19 and several have died, bringing officials under fire for continuing with in-person proceedings.

Even with its efforts to reopen for trials, the county is not only not catching up, but also falling further behind. 2021 has only just begun and there are more than 385,000 more cases waiting to be resolved than in 2020, according to ABC7. From March to August 2020, the outlet reported there were as many as 1.4 million fewer cases resolved statewide in California than during the same period in 2019. Again, the priority in catching up will be to hear criminal cases, followed by civil cases. The statute requiring that a case be resolved or go to trial within five years of a filed lawsuit may soon be extended to allow more time to work through the backlog.

What Your Personal Injury Attorney Can Do Right Now

The legal system in general is not as technologically advanced or adaptive as some other industries. That said, there have been notable strides in courts’ willingness and ability to go virtual. Personal injury attorneys in Los Angeles are still able to litigate cases, attend depositions, file motions, and advocate for clients. Our job while the courts are clogged is to:

By the end of 2021, the Los Angeles County Superior Court system could potentially be back on its usual (albeit methodical) pace in person. Regardless, don’t let the wait time deter you from seeking compensation for an injury caused by another party’s negligence or wrongdoing. Contact the Law Offices of Belgum, Fry & Van Allen for a free case evaluation.