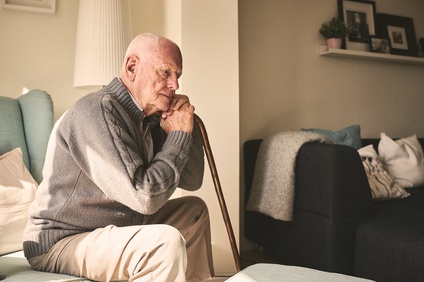 Elder abuse, dependent adult abuse and neglect cases are, unfortunately, quite common in the state of California. More attention has been given to this growing problem, which has only magnified amid the COVID-19 pandemic. During this time, medical and care facilities have been pushed to the brink of their workload, causing lapses in the appropriate standard of care.

This issue and its associated laws are very complex. That is why having expert nursing home abuse attorneys such as those at Belgum, Fry & Van Allen evaluating your circumstance sooner rather than later will always be the best first step in seeking justice for your elderly or dependent loved one.

As experts in the field, Belgum, Fry & Van Allen have noticed frequently asked questions brought to their attention through the free evaluation exercise and the subsequent follow-up with concerned caregivers. These loving family members and friends are often asking to better understand the California legislation around elder abuse and what qualifies as elder abuse and/or neglect.

The 7 Frequently Asked Questions About Elder Abuse and Elder Neglect

Question #1: What is elder abuse?

Elder abuse, which includes neglect, is defined by California in the Elder Abuse and Dependent Adult Protection Act. One of the important distinctions this law makes right out of the gate is that this act is meant to serve elders, which are defined as individuals 65 years or older, and dependent adults between 18 – 65 years old whose physical or mental conditions require assisted care.

Question #2: What are the different types of elder abuse?

Generally speaking, there are eight categories of dependent adult and elder abuse:

While all of these forms of elder abuse and neglect are tragic, the elder abuse lawyers at Belgum, Fry & Van Allen specialize in the types of elder and dependent adult abuse typically seen at nursing homes and assisted living facilities. These cases generally involve some type of physical harm to the victim.

With expertise in litigating elder and dependent adult abuse cases stemming from nursing homes and assisted living facilities, the attorneys at Belgum, Fry & Van Allen recommend keeping a written record of complaints in regard to any suspected abuse.

The nursing home abuse lawyers at Belgum, Fry & Van Allen recommend five different steps to report elder abuse, which involve creating a written record of complaints to administrators and directors of care facilities, ombudsmen, and the California Department of Public Health (CDPH). In some cases, it’s necessary to involve the police immediately as well.

Regardless of the severity or consistency of the abuse or neglect, when the issue gets brought to your attention, calling a nursing home abuse lawyer is the correct first step. Whether you’re filing complaints to your loved one’s nursing home or involving the police, having proper representation will prioritize your loved one’s well-being.

Question #3: How common is elder abuse?

California has alarming rates of elder and dependent adult abuse that have been exacerbated during the COVID-19 pandemic. A helpful frame of reference was published in LAist, a Los Angeles County publication, which calculated that the number of elder abuse cases in Los Angeles, Orange, Riverside, San Bernardino, and Ventura Counties from 2005 – 2015 totaled 63,156 total cases across the eight categories of elder abuse.

This ten-year sample size across five Southern California counties is a notable data set for demonstrating the severity of this problem, which again, only increased during the recent pandemic. To put it simply, elder abuse in California is common, but it can be difficult to see the warning signs.

Question #4: What are the warning signs of elder abuse?

As outlined in question two, there is a wide-ranging spectrum of elder abuse categories, all of which can lead to different signs that abuse and/or neglect may be happening. Some of the more common and obvious signs include:

It can also be common for victims of elder or dependent adult abuse and neglect to suffer in silence, so the signs may not be as clear. Keeping transparent and consistent lines of communication with your loved ones in assisted living homes or skilled nursing facilities will give you a better perspective on any behavior shifts.

Question #5: What is the statute of limitations for elder abuse?

The simple answer is that the statute of limitations, which is the time frame for which you can file a suit related to an elder or dependent adult abuse or neglect case stemming from a nursing home or skilled nursing facility, is two years. However, elder abuse cases, in particular, can be tricky.

The reason is that more forces are working against a plaintiff in elder abuse and neglect cases, which can include:

Since elder abuse and neglect cases can present a unique set of challenges, the sooner you call a nursing home abuse attorney in Los Angeles the better. Ultimately, when it comes to proving elder abuse, having an expert on your side who can best present the unique facts of your case will be your best foot forward.

Question #6: What types of facilities can elder abuse occur in?

Nursing homes are often the catch-all term for any kind of facility that provides residence to dependent adults or elders on a full-time or part-time basis. However, there are several different types of institutions that carry niche services, all of which can be held responsible for elder abuse and neglect.

Keep in mind the law states that someone can be accused of abuse or neglect if they have a substantial caretaking or custodial relationship with the elder or dependent adult. This often applies to each of those institutions listed above.

Question #7: Who can bring a case under the elder law abuse statute?

Because elder abuse cases deal with senior citizens, it creates convoluted scenarios more often than other areas of the law because time is working against the plaintiff. For instance, the nursing home abuse lawyers at Belgum, Fry & Van Allen are often asked whether legal action can be pursued if the victim has passed away. This of course has a lot of layers to it in and of itself, including:

This is where having a nursing home abuse attorney can be an invaluable resource because it could mean the difference between correctly and incorrectly pursuing the legal action related to your case. To the questions above, the attorneys at Belgum, Fry & Van Allen encourage family members of the deceased to elect a representative for their loved one, especially if the facts of the case clearly point to elder neglect or abuse.

Furthermore, the cause of death and its relation to any abuse or neglect may not be so clear. A condition worsening as a result of poor treatment can be difficult to prove. However, if you have a nursing home abuse attorney on your side early in the process to review the facts of your case, review written records of your complaints, and help you better understand the statute of limitations around this law, the better off you are.

Fortunately, the nursing home abuse attorneys at Belgum, Fry & Van Allen work on a contingency fee, meaning that their rate is unaffected by the amount of time they spend on your case. The sooner a dedicated attorney can get involved, the better it is for you because that’s more time to have expert representation guiding you down this legal path.