What is the Fairness for Injured Patients Act? 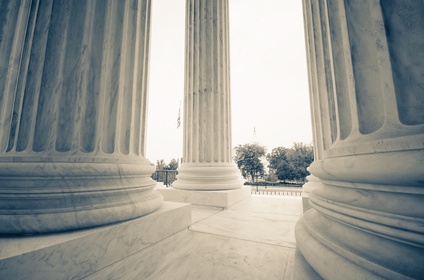 The Medical Insurance Compensation Reform Act (MICRA) was passed in 1975, creating a cap on compensation that victims of medical negligence in California can receive for pain and suffering damages. The limit was set for $250,000 regardless of the severity of the case, meaning that the non-economic damages for the loss of a limb, paralysis, brain damage, or even death are all valued at no more than $250,000. When adjusted for inflation, the value of $250,000 is worth far less today than it was in 1975.

Meanwhile, more than half of the states in America, including New York, New Jersey, Illinois, Washington, and Pennsylvania, do not have caps on compensation limiting juries’ verdicts in medical negligence cases as California does. California is one of three states with a cap as low as $250,000 without exception. That $250,000 is the lowest cap in the entire country.

The personal injury attorneys at Belgum, Fry & Van Allen have seen time and time again that the current law as it stands today fails to support victims of medical malpractice. As such, the Fairness for Injured Patients Act was introduced to the California State ballot to even the scale.

The Fairness for Injured Patients Act intends to replace the Medical Insurance Compensation Reform Act. The act will be added to the November 2022 California voting ballot. It updates the previous act in two key areas by adjusting the $250,000 cap on non-economic damages for inflation and restoring the right of the jury to determine the damages a victim of medical malpractice can receive. To ensure that the new law does not cause create a market for otherwise non-viable medical malpractice cases, it proposes requiring certificates of merit to be filed along with each lawsuit. To give individuals ample time for this additional process, the act also calls to extend the time patients and concerned loved ones have to file their cases.

Section three of the act determines that judges and juries, not politicians, should have the discretion to decide whether the cap applies in cases of medical negligence that causes catastrophic injuries or death. Similarly, judges should have the ability to determine that the fees paid to an attorney in cases of medical negligence resulting in catastrophic injury or death are reasonable and not excessive, and attorney’s fees originally capped in 1975 and adjusted in 1987 should be updated for inflation.

As it stands now, the law does not reflect the current economy, nor does it remotely allow appropriate compensation for the extent of injuries that can arise in medical malpractice. The Fairness for Injured Patients Act seeks to change that and update the original 1975 compensation cap of $250,000 and adjust it for inflation.

It also restores the right of the jury to determine the fair amount of compensation awarded to victims or survivors in medical malpractice cases. The attorneys specializing in personal injury law at Belgum, Fry & Van Allen have unfortunately seen many cases where, had a life-altering and debilitating injury occurred in an auto collision, the victim could have gotten millions of dollars more than they actually did simply because a doctor is the one that hurt them.