Is Your Workers’ Comp Claim a Third-Party Personal Injury Claim, Too? 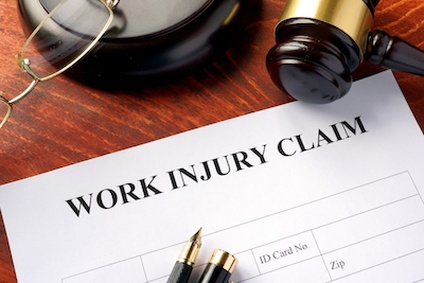 When you’re injured on the job, the most immediate course for reimbursement is workers’ compensation. But, if a third party is at fault, you might also be entitled to additional damages from a separate personal injury claim against that individual or business. Read on to learn more about the relationship between a first-party workers’ comp claim and a third party personal injury claim.

In traditional workers’ compensation, an employee injured in the course and scope of employment is entitled to benefits provided by the employer, usually through an insurance company. The benefits typically include reimbursement for medical costs and a portion of the lost earnings resulting from the injury.

Workers’ compensation is no-fault coverage, meaning it does not matter whether the employer (or injured employee) is responsible for the accident; if you were hurt at work, you can receive workers’ comp. It’s important to understand that a workers’ comp claim is not a lawsuit against an employer, but rather a claim administered by an insurance company and overseen by a government agency.

What Happens When a Third Party is Responsible for the Accident?

Sometimes, workers’ compensation is the exclusive remedy for an on-the-job injury. However, many accidents also involve a negligent third party. Here are a few examples:

With these examples in mind, it becomes clear that many first-party workers’ comp claims have the potential to cross over into third-party territory. If it is suspected that a third party is at fault, the employee and their employer can file a personal injury claim against the individual or company at fault.

The biggest shortcoming of a first-party workers’ comp claim is that it does not cover non-economic damages, or the “pain and suffering” that plaintiffs usually seek in personal injury claims, including:

With expertise and experience necessary to navigate the complexities of third-party/workers’ comp crossover claims, The Law Offices of Belgum, Fry & Van Allen can work with you and your workers’ comp attorney to ensure you pursue the compensation you deserve. If you were recently injured at work, call us today at 626-914-9806.