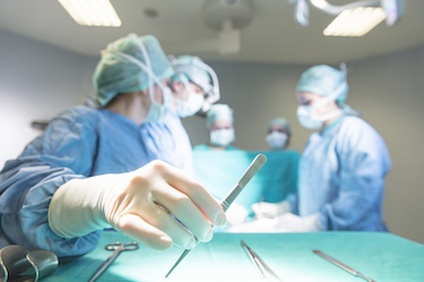 MICRA was enacted in 1975 and signed into law by Governor Jerry Brown. The law imposes restrictions on medical malpractice lawsuits in California—most notably a $250,000 limit on the non-economic damages that can be recovered.

Non-economic damages are often referred to as “pain and suffering,” and typically amount to a large portion of any personal injury claim. Non-economic damages include physical discomfort, emotional distress, mental suffering, and other misfortunes that are not tied to specific economic losses such as medical bills and lost wages. $250,000 might sound like a lot of money at first, but not when applied to the loss of a loved one or other catastrophic injury at the hand of a medical professional.

MICRA also includes a collateral source rule, which allows the defendant in a medical malpractice claim to introduce evidence of payments made by insurers, workers’ compensation benefits, and other outside sources. This is contrary to other personal injury claims, which allow plaintiffs to recover all medical expenses including future expenses, and means that not only are your non-economic damages limited, but so, too, are your economic damages.

Attorney fees are limited under MICRA as well. Given the time and work involved in a medical malpractice case, many otherwise meritorious claims are simply unviable for personal injury lawyers to take on. And because of the limited compensation available, many more claims are also unviable for victims to pursue.

Why Was MICRA Enacted?

In the 1970s, California was in the midst of an insurance crisis stemming from “excessive” medical malpractice lawsuits. Medical liability insurers were raising their rates by up to 400 percent, forcing practitioners to either skyrocket the cost of their services or drop their liability insurance. The crisis reached fever pitch in spring of 1975 as the May 1 rate increase approached. Doctors staged walkouts, proposed bills fell short of legislation, and media outlets fueled public panic with headlines like, “Insurance Rates Peril Medical Care,” and “Doctors Might Halt Practice.”

After a Capitol rally by nurses, physicians, and other health workers, Governor Brown issued a proclamation for a special legislation session that would last from May 19 through September 11, eventually yielding the set of laws that make up MICRA.

Did and Does MICRA Work? (No and No)

Governor Brown himself conceded the law’s failure in 1993, saying, “Saddest of all is the arbitrary and cruel effect upon victims of malpractice.” You can read his full statement here. Former California Assemblyman Barry Keene also acknowledged the law’s oppressiveness to the LA Times in a 2013 article titled, “It’s time to fix California’s outdated medical malpractice law.”

Outdated seems to be the perfect word to describe MICRA today. Despite legislative attempts to give the law a much-needed refresh and larger cap on damages, it has remained the same. The LA Times wrote, “It’s not uncommon for those who sue their doctors and win to see their damage awards slashed by hundreds of thousands of dollars.” Consumer Watchdog shares an appalling example:

“Harry Jordan, a Long Beach man, was hospitalized to have a cancerous kidney removed, but the surgeon took out his healthy kidney instead. A jury awarded Jordan more than $5 million dollars, but the judge was required to reduce the verdict to $250,000 due to California’s cap on ‘non-economic’ damages—plus a mere $6,000 in ‘economic costs.’ Jordan, who lived for years on 10% kidney function, could no longer work, though the jury (which lawfully cannot be notified about the ‘non-economic’ cap) did not take this into account. Jordan’s court costs —not including attorney fees— amounted to more than $400,000 and his medical bills, which arose after frequently being denied by insurers, totaled more than $500,000. He paid $1700 per month in health insurance.”

What’s worse than a $250,000 cap on damages for a case like Mr. Jordan’s described above? How about a $250,000 cap on damages that has never once been adjusted for inflation since 1975? Without going into hard economics, we’ll just say that the $250,000 would need to be quadrupled to be worth in 2017 what it was in 1975. And, when you factor in litigation costs and attorney fees, it’s easy to see how a medical malpractice claim can quickly become “in the red,” even if there is a recovery.

Pursuing Your Case Under MICRA